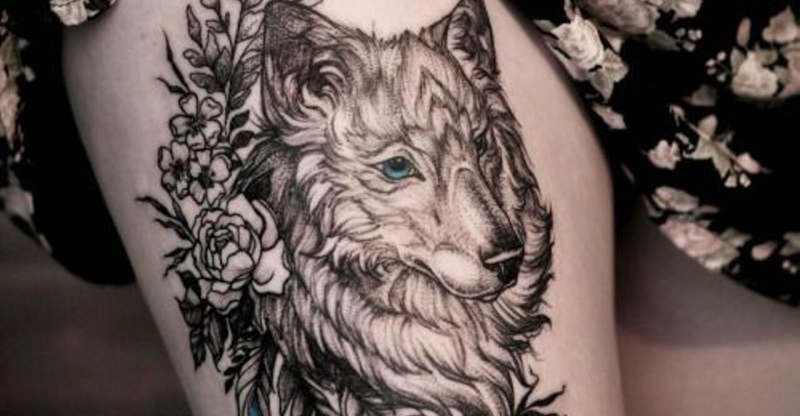 Wolf tattoos seem to be a trendy and mainstream tattoo. They are portrayed with different designs, elements, and symbols. In all times, people, who wore wolf tattoos, expressed their power and readiness to meet the danger. For men, who wear this pattern, it shows their courage and nobility. But, the tattoo on females carries the idea of fidelity and love for children.

These tattoos could be on sleeves, half sleeves, legs, chests, the back, and feet. So, this unique design with its rich history will always be relevant for people who are energetic, fair, and brave enough to defy the society.

In this article, we provide you with a wolf tattoo dictionary, explaining the meaning of wolf tattoo designs. 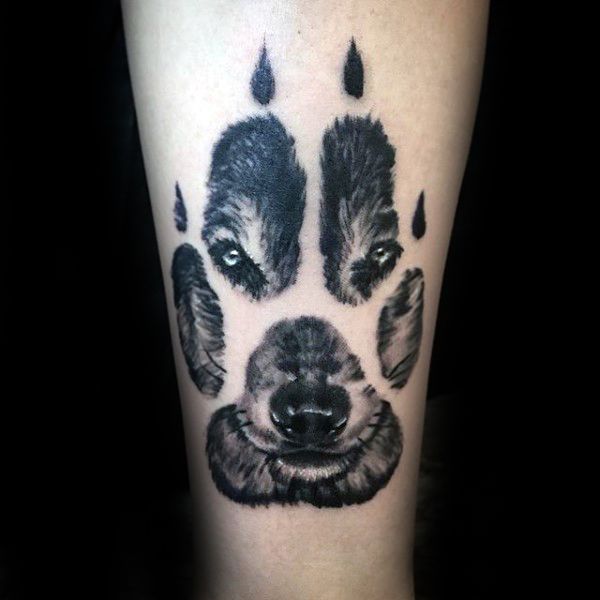 In ancient Native American traditions, the Wolf represents a spiritual guide, guardian, and protector. Pawprints symbolize movement and Progress. It shows that you are progressing through your journey in life under the watchful eye of the Wolf. 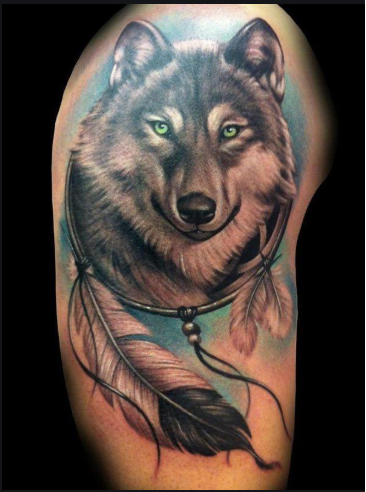 You may know the Wolf combined with the feather tattoo; this wolf tattoo design represents Native American culture. It is the symbol of beauty and harshness of nature. 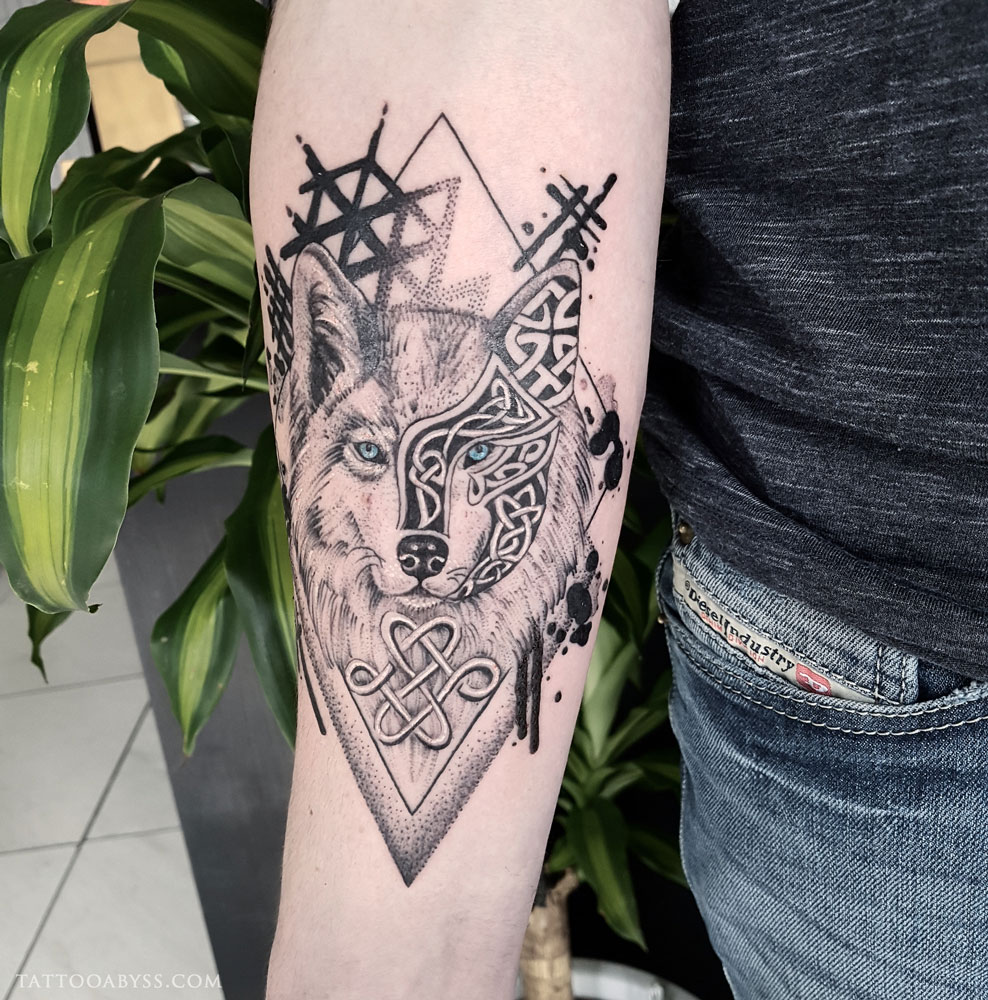 Wolves are known in the Celtic Tradition as guardians and protectors of the forest spirits. The Celtic wolf tattoo has strong connections with nature. 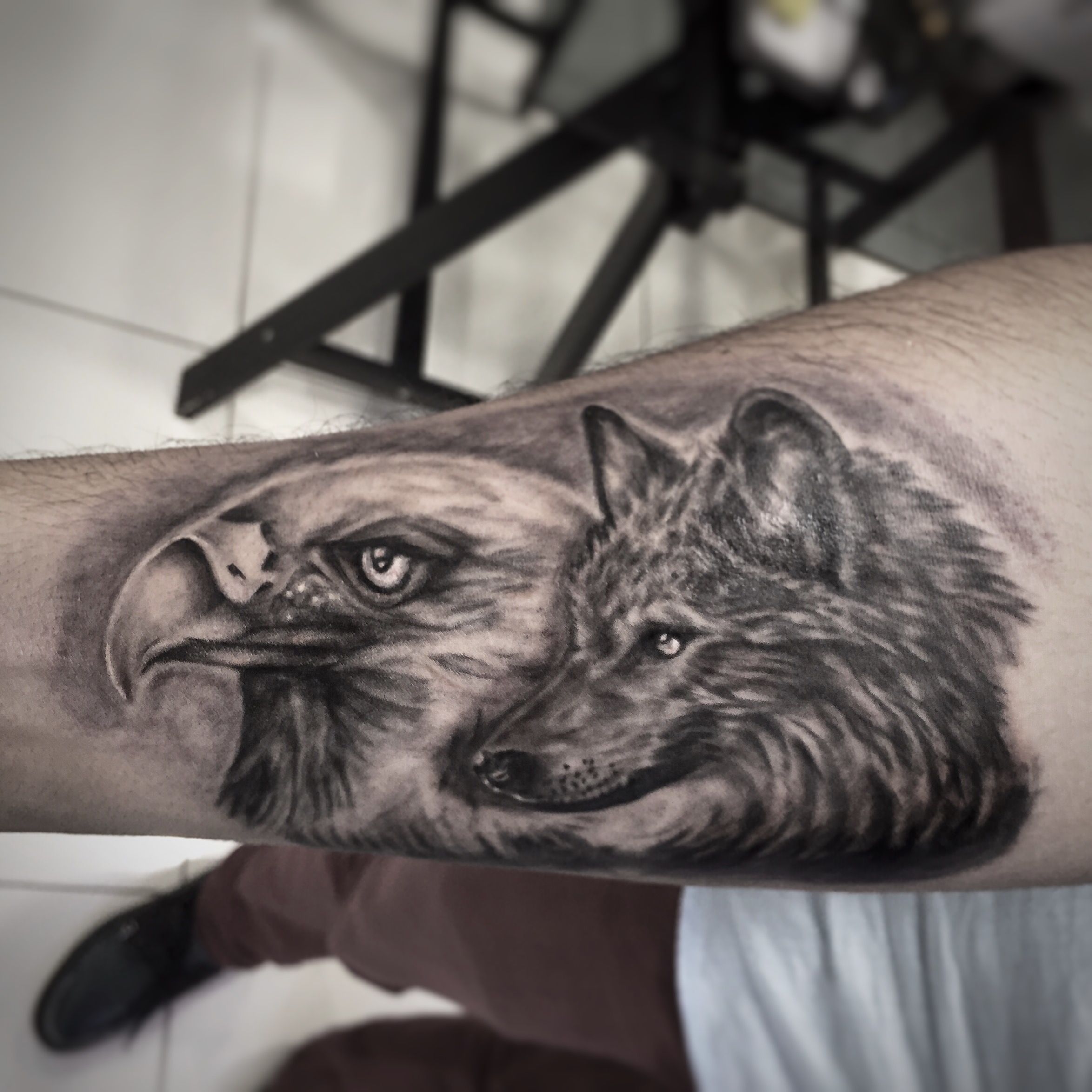 It is a very popular tattoo as it combines two of the strongest animal spirits: the eagle and the Wolf. This tattoo design represents power and freedom. They also stand as patriotic tattoo designs.

In many European and Native American cultures and traditions, wolves represented as creatures of the Moon. That’s why werewolves transform only during the full Moon. Wolf-moon Tattoos represent Power, Transformation, and Femininity. 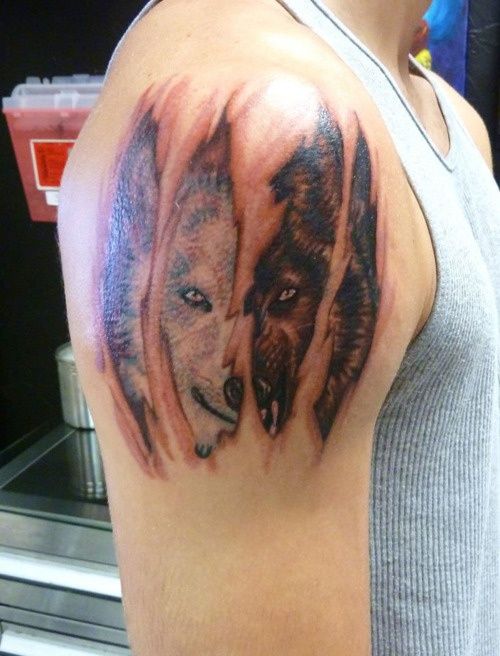 Wolf Claw Tattoo symbolizes power, fearlessness in spiritual, mental, or physical battle. Claws and claw marks are, in general, the symbol of a fierce conflict. Wolf Claw Tattoos shows Power and Strength, and the ability to dominate your foes fearlessly. 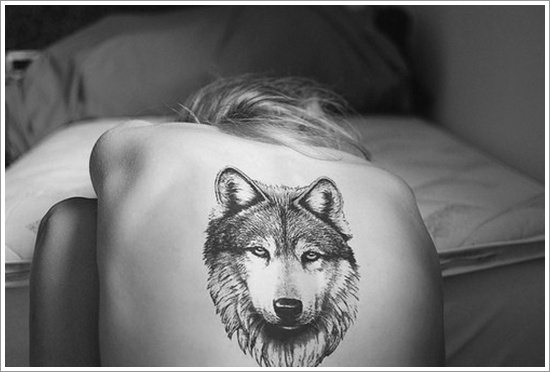 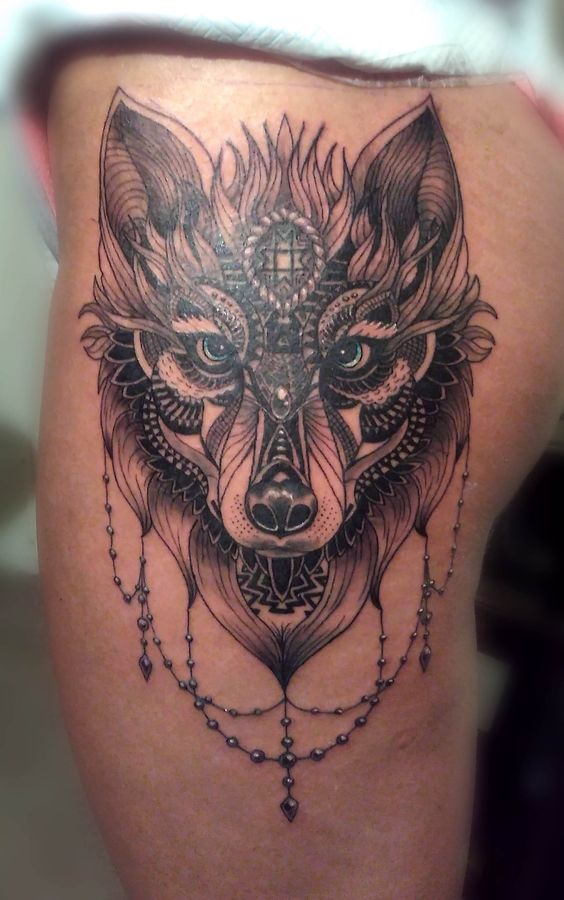 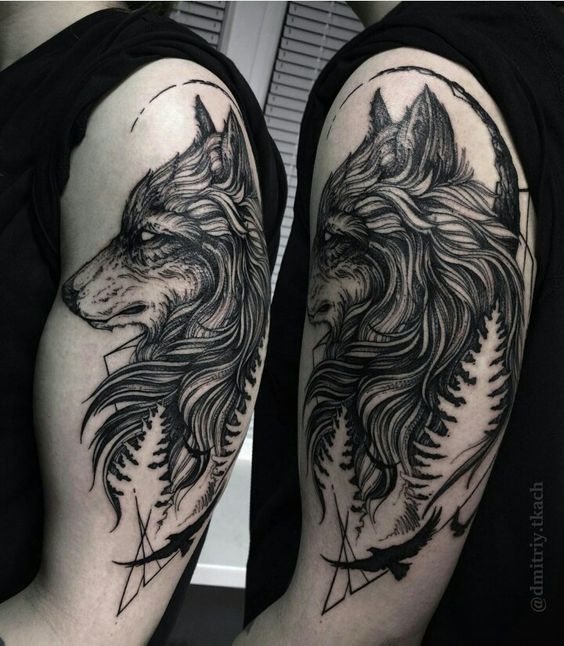 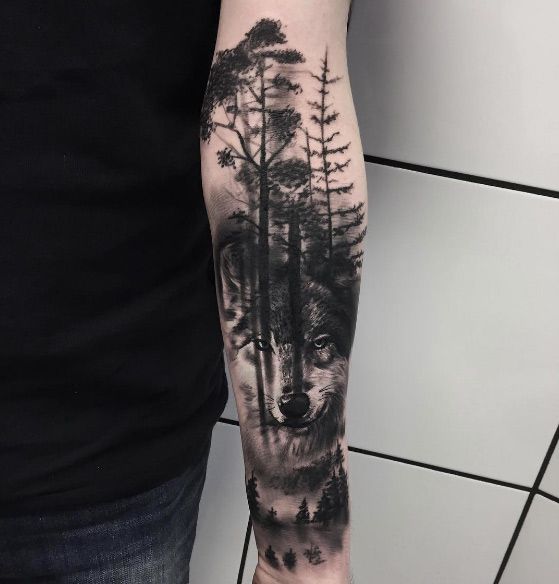 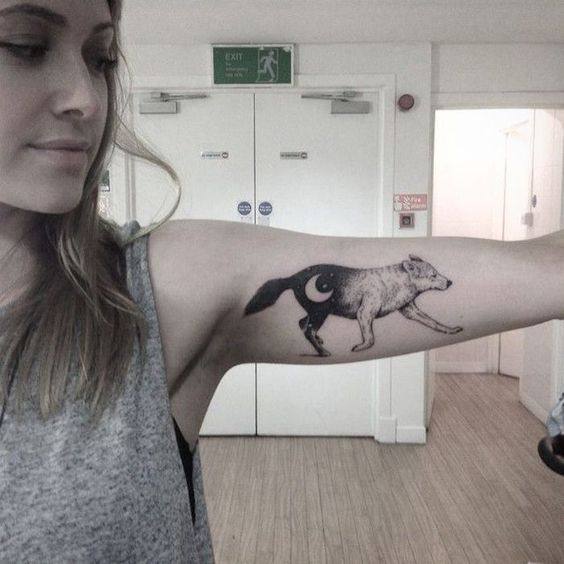 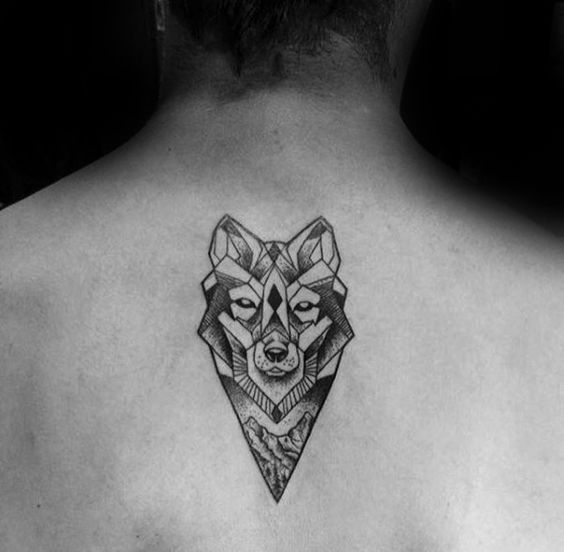 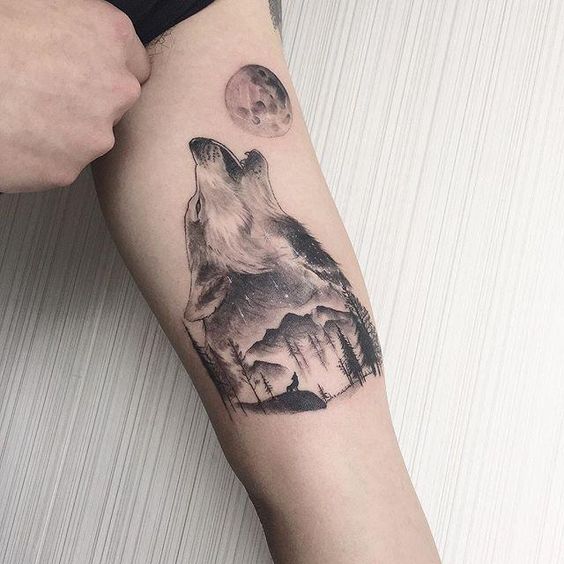 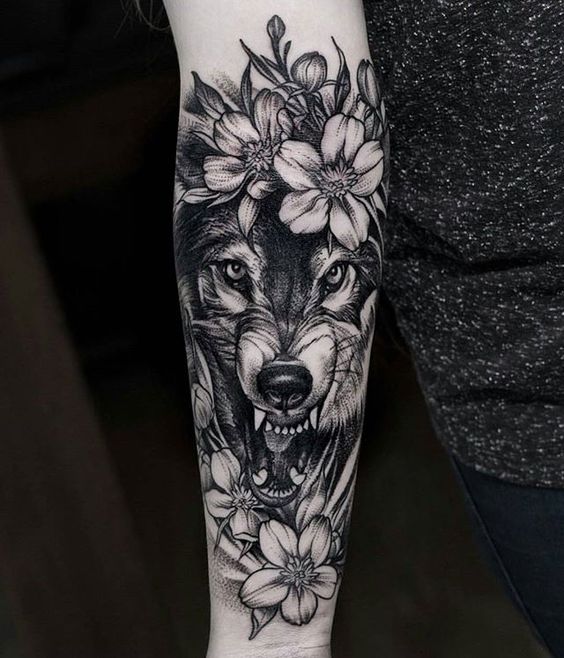 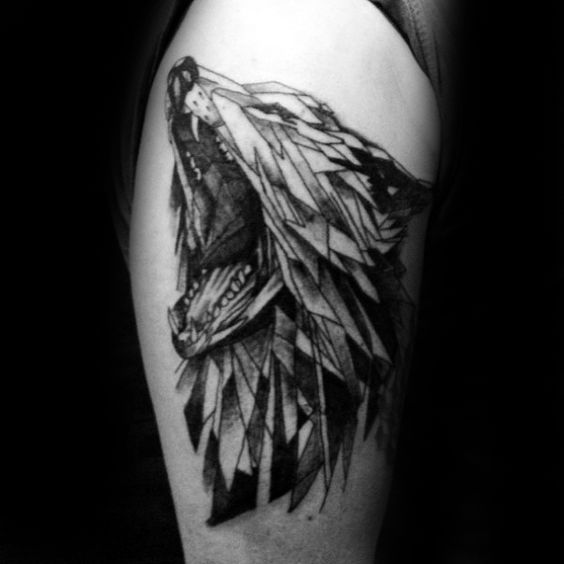 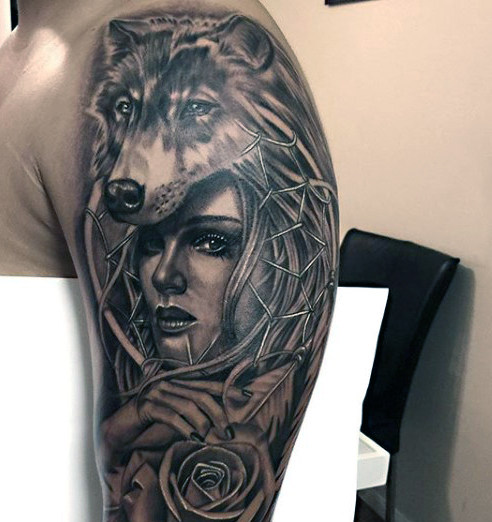 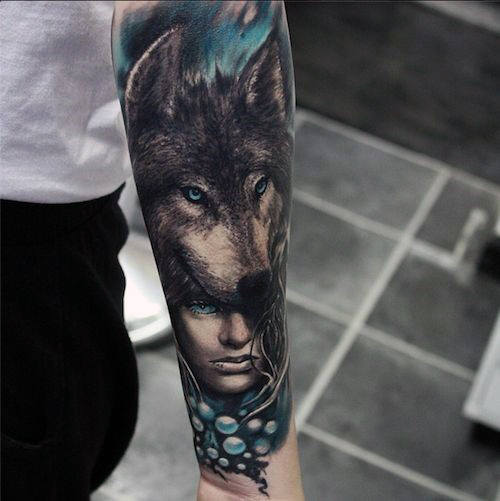 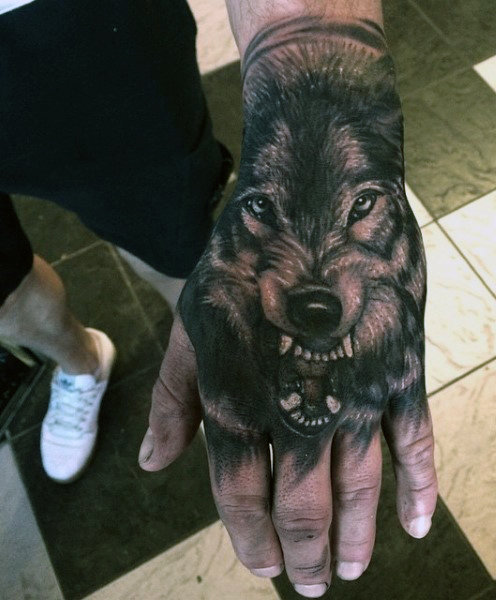 The Wolf tattoo is for both sexes. It’s a symbol of power, guidance, and strength.

He is an intelligent guide, a wise spiritual leader, and a loyal companion.

A wolf tattoo can also symbolize tight family bonds. Every design has a unique story. Don’t hesitate to get your own. 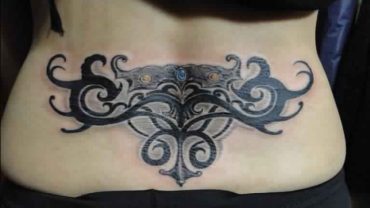