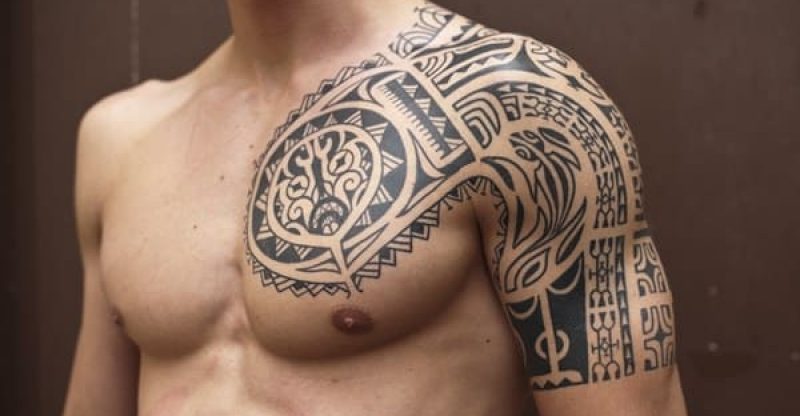 Types of Tattoo Designs for Men

A tattoo is an expression of oneself. It is a subtle rebellion in the form of art. It is a way to exhibit something special to you. It is a reminder of the past or a mark of something you wish to remember. That’s why when going for a tattoo, you should be sure about whether you want it. Tattoos remain on the body forever, so you should take into account many things before ending up at a tattoo studio.

How to choose the right tattoo

Selecting which tattoo you should go for is a huge decision. It requires a lot of thought and certainty. If you are getting a tattoo because the popular guy in your college got it, that’s a grave mistake. Be sure to get the tattoo for the right reasons and not impulsively. If you are confident about getting a tattoo, here’s some guidance on how you can choose the right tattoo for yourself.

Which tattoo design do you want to go for?

The first and foremost step is to see which type of tattoo design you want to go for. In this matter, research can help. Go for the tattoo that isn’t just random but has a deeper meaning and a connection to your heart, soul, and mind.

You won’t be required to read books on the topic, so no need to worry about that. Just ask yourself what you want your tattoo to represent and if you want a simple tattoo or a detailed one. There are tattoo designs that are just a few strokes of black ink and others that make for a complicated pattern. Decide which one you want and start your search on the internet. Try to look up pictures for the kind of tattoo you want to see whether you like it in reality.

Where do you want the tattoo?

After that, the next stage requires you to think through another important decision. Which part of your body do you want the tattoo on? Do you want to exhibit it openly or do you want it at a rather hidden place on your body? Is the tattoo designs for men you aim to go for suitable for that area of your body?

When you are confident that the tattoo you want to go for would look perfect at a particular part of your body, you can move on to another thought.

Do you think this design would suit you forever?

It’s almost impossible for you to get rid of a tattoo once you have it. Many people do not think much and get someone’s name etched onto their skin. They forget to think that the person whose name they have inked onto themselves might be a bitter thought after a few years.

It is not necessary that it can only be a person because it can also be an idea or a word. Tattoos are ink artworks that stay on your skin until they grow wrinkly, so you better be sure about them. Otherwise, you might end up in search of procedures to get them removed or drawn over.

Different types of tattoos for men and their meanings

There are several tattoo ideas for men. When getting a tattoo design, be sure to get one that has a deeper meaning for you. Some common yet cool tattoo designs for men are given below:

The swishy round of the Zen circle tattoo is getting increasingly popular these days. It is a mark that hints at the whole universe and what it holds. Not only that, but it has another meaning as well; it shows the intensity and insight that lies inside the person.

The Om tattoo is one of graceful curves and lines. It represents the beginning and end of life. For souls who think deeply about life and death or face an existential crisis, the Om tat might serve as a meaningful one.

These are tiny Greek symbols that represent the spirit of exploring things. For people who have an adventurous nature or who love to wander, this tattoo can be the ideal choice.

Whether the animal tattoo designs for men are a bird or a lion, the core indication that the tattoos give is of freedom and independence. You can get a simple tattoo of small birds or a detailed design of a lion or eagle.

Depending on the nature of the animal, the tattoos display other deeper meanings as well. For instance, birds represent rising high, whereas lions and tigers represent force and power.

Although many males would argue that roses aren’t manly, even more of them understand their underlying meaning. Strong men usually have roses with a skull inked on their broad shoulders or backs. These together represent something interesting and profound. The roses show the soft side of the man, whereas the skull balances it with his wild and dangerous side.

Quotes by famous people in foreign languages are also popular. Quotes written on the body in English are not as cool as those etched in a foreign language. They hold a special meaning, and the wordings usually have a deeper connection to the person.

The anchor is a symbol of utmost strength. It is a tattoo that people get to remind themselves of how much they have held on to a belief or hope or stood firm against tough circumstances. It is a reminder to never lose this stability and strength.

This tattoo design is trending these days. It’s one of the best tattoo ideas for men. A semicolon indicates a pause in a sentence but not the end. The tattoo has a similar meaning. It shows that the beholder of the semicolon tattoo might have paused somewhere but has decided to continue despite the odds. It also highlights the importance of suicide prevention and presenting hope to those struggling with their mental health. 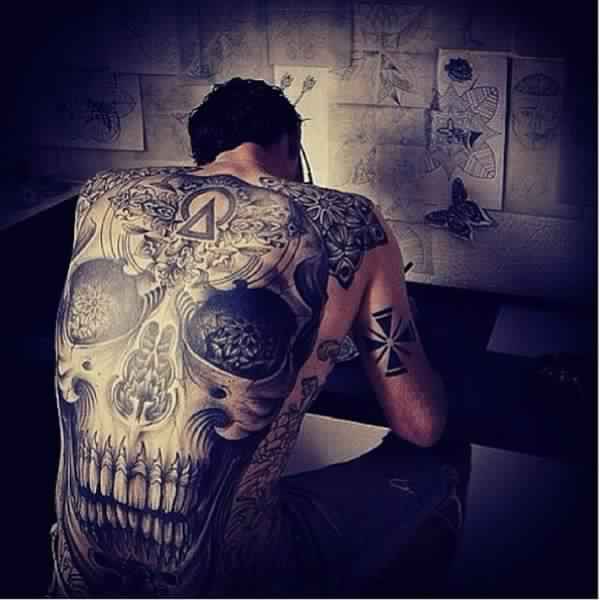 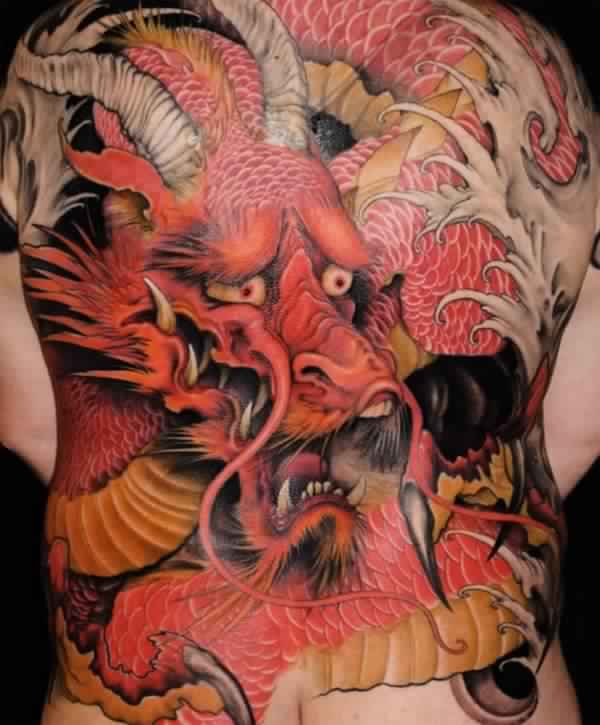 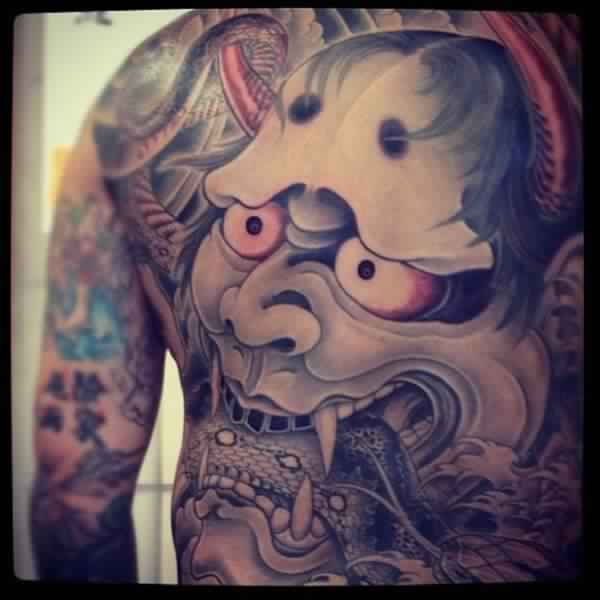 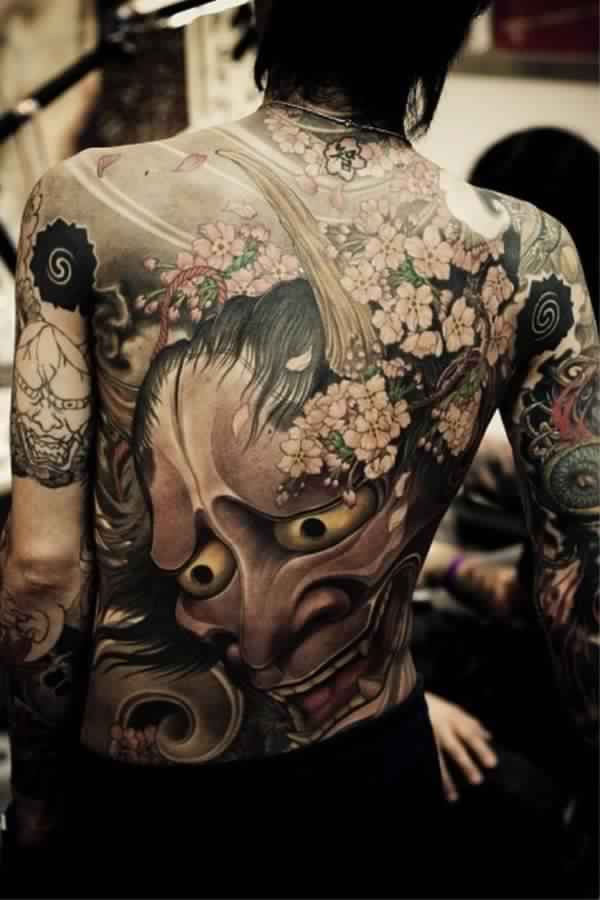 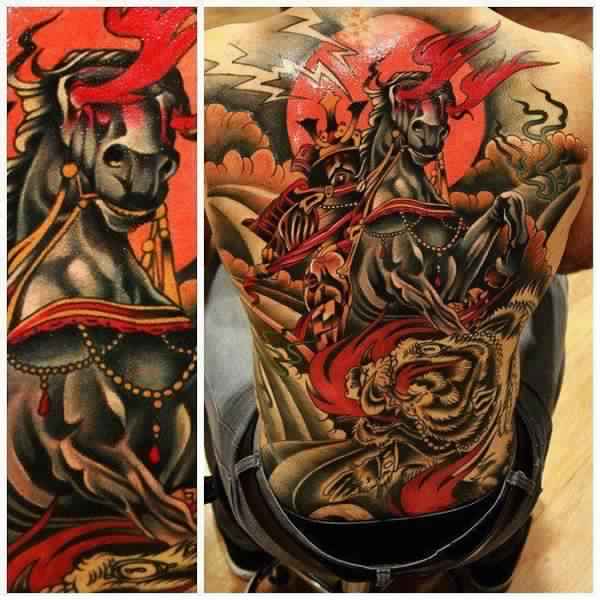 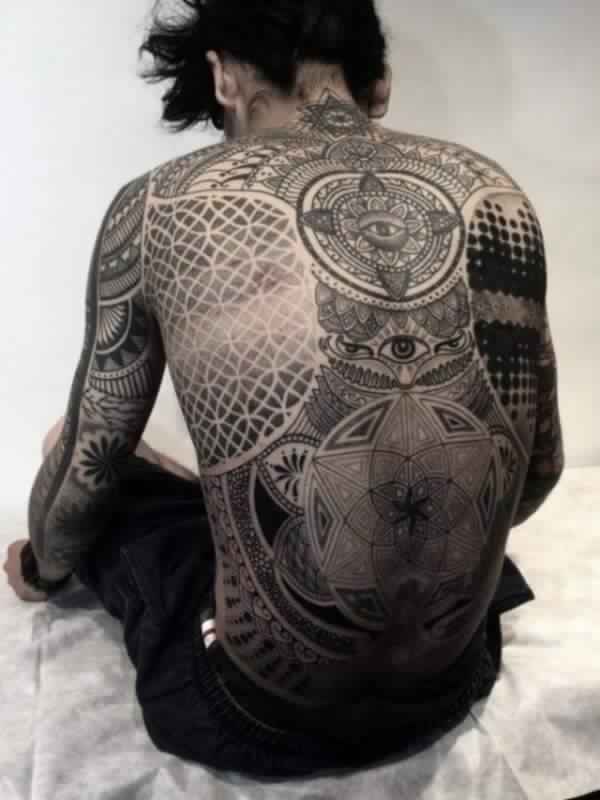 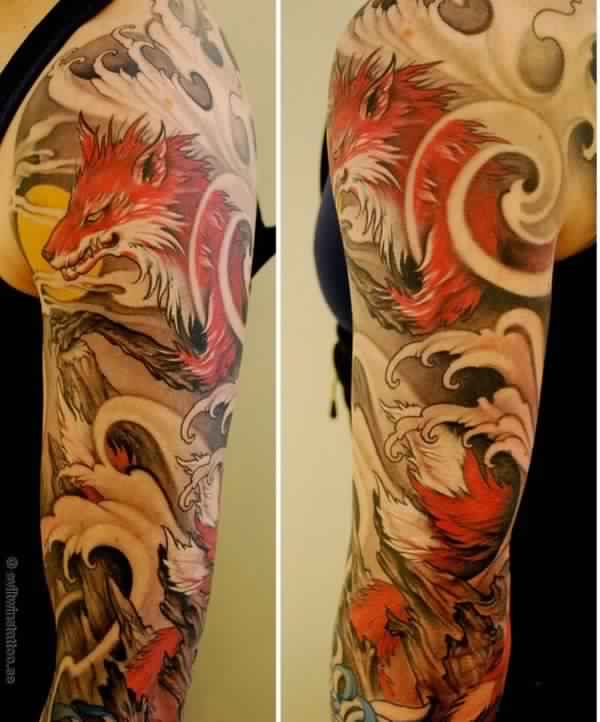 8. Large skull tattoo on back 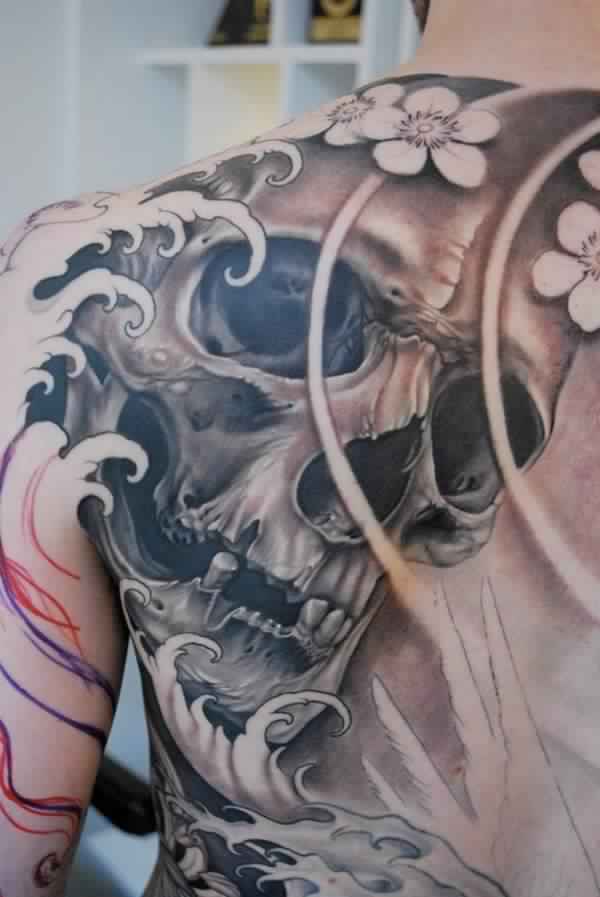 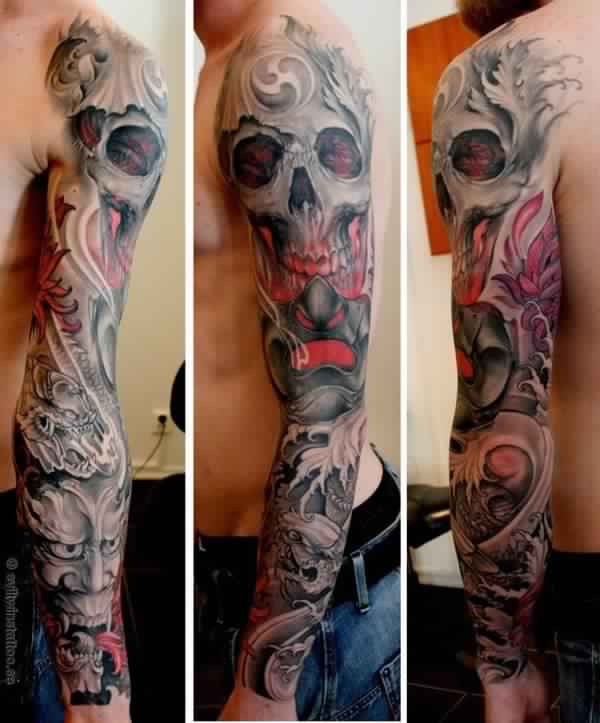 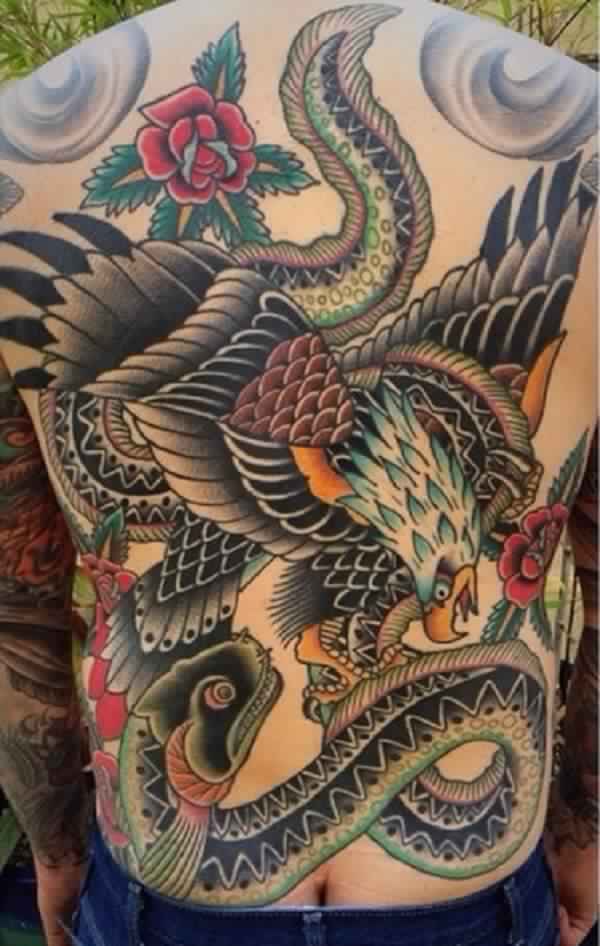 11. Monster tattoos on back 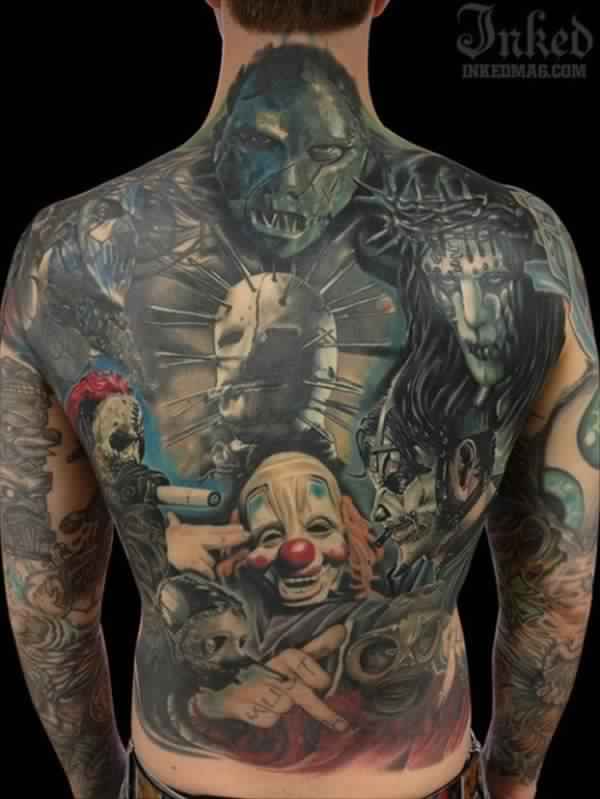 12. Horse Tattoo on back 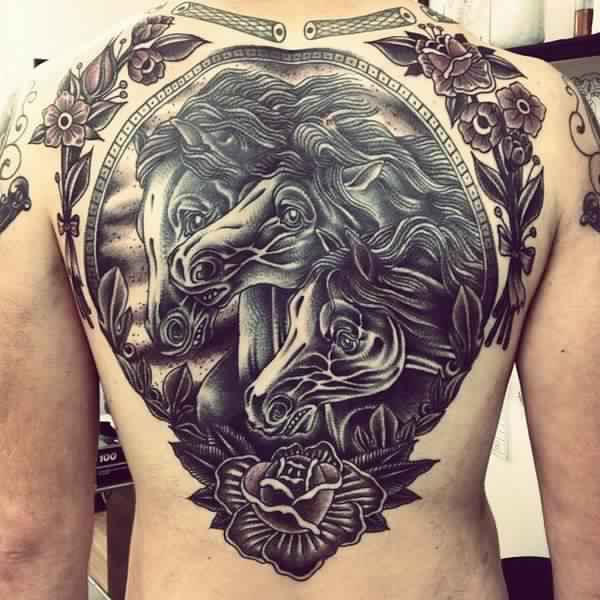 13. Saint tattoo on back 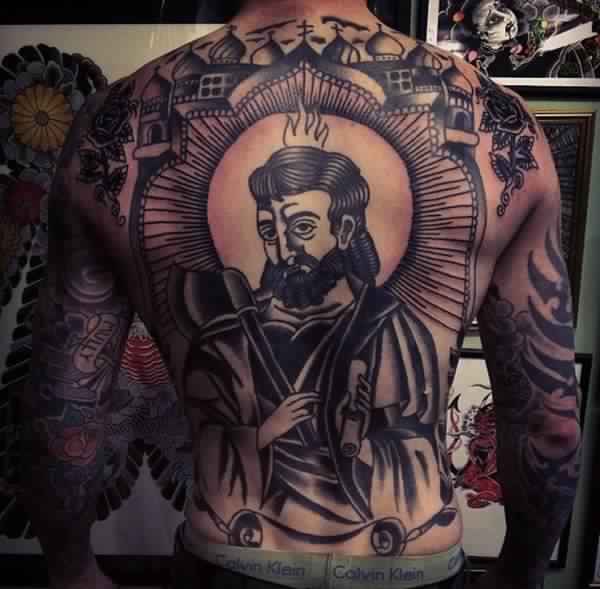 14. House tattoo on back 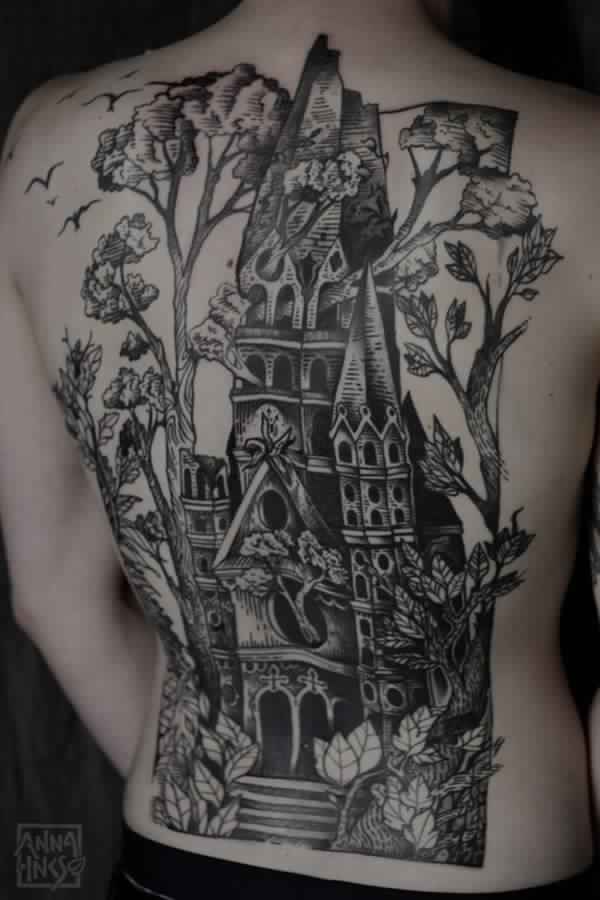 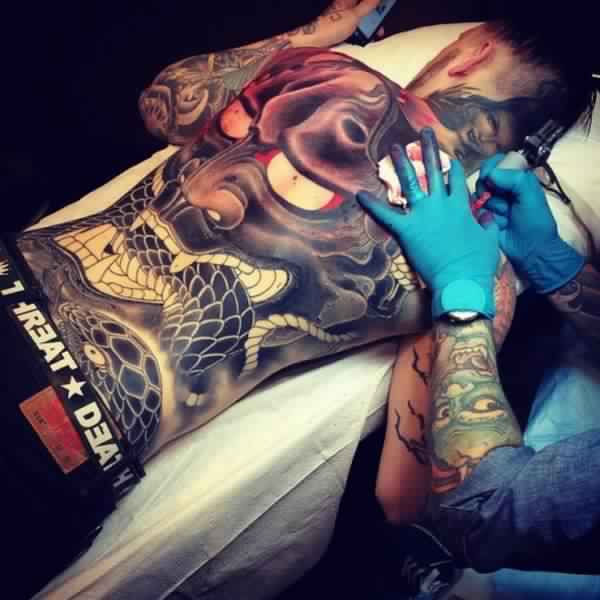 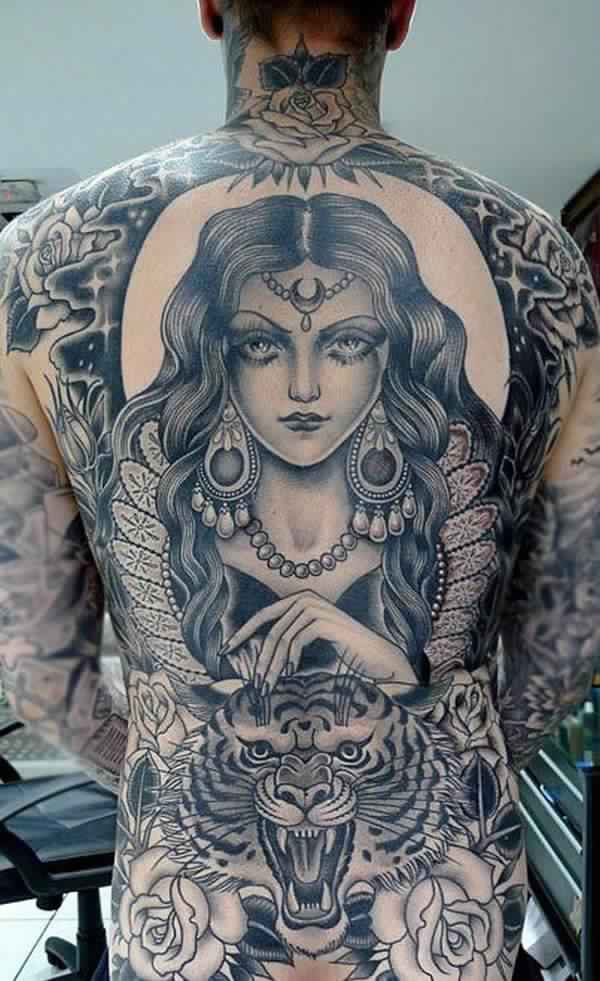 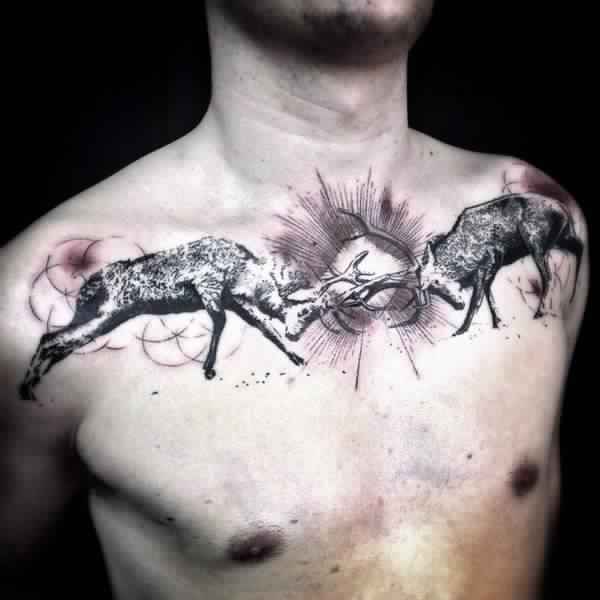 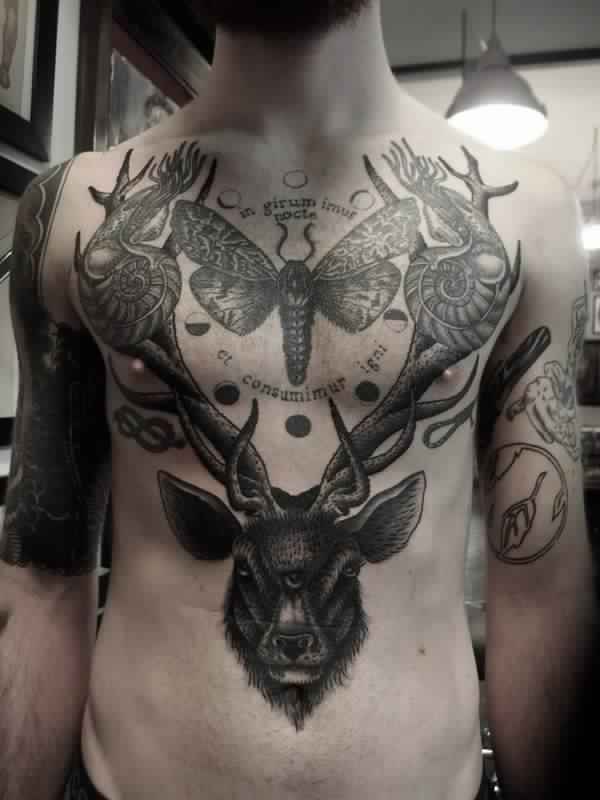 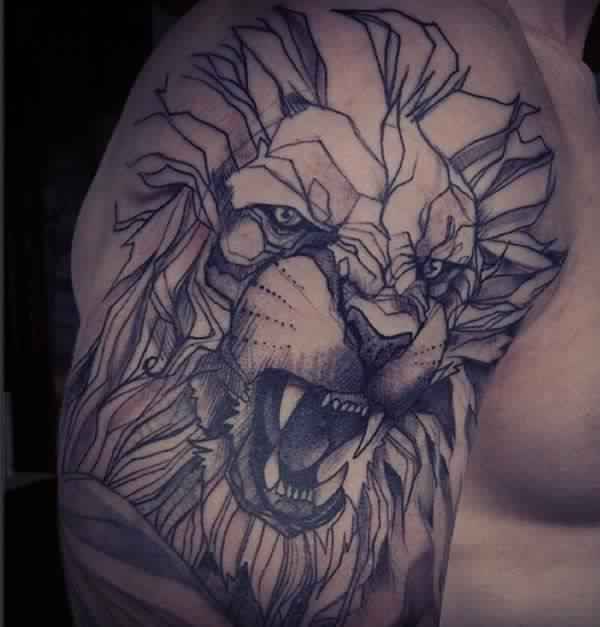 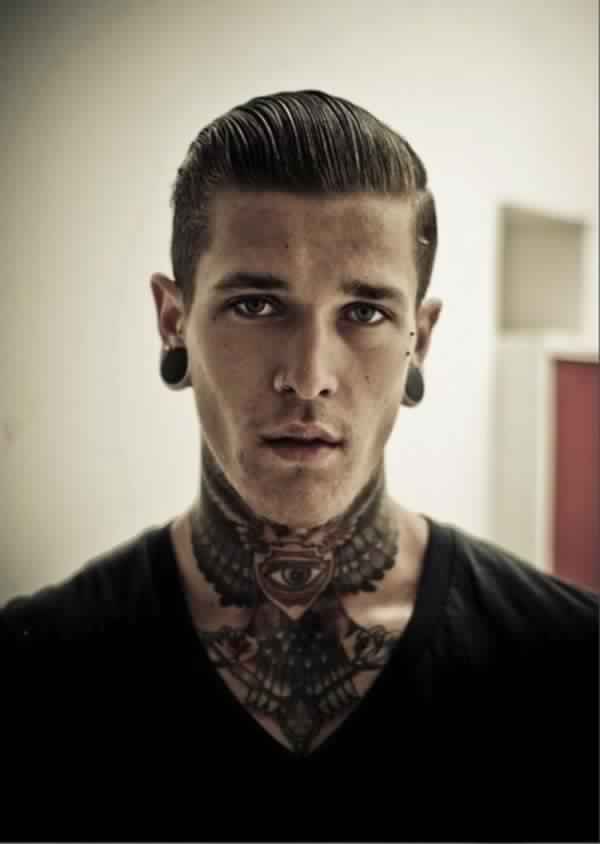 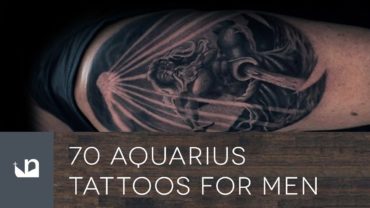